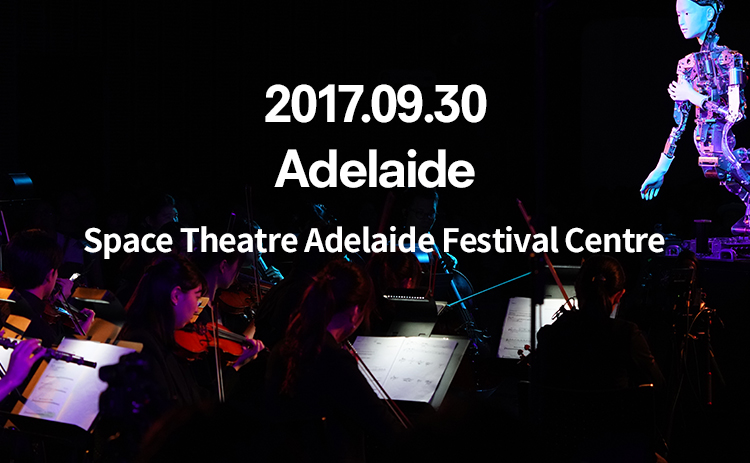 An unprecedented opera will be unveiled in OzAsia Festival in Adelaide, Australia for two days 30th September to first October. It is Shibuya’s new mono opera, he play as composer, conductor and piano player. It is named “Scary Beauty”, an android sings with human orchestra.

It is a first time in 5 years for him to release a new opera work since 2012(”The End”). Besides, it is the world’s first experiment to co-acting with android and human orchestra.

“Scary beauty“(means weird beauty) is a new mono opera performed by “Skelton”(humanoid android) with human orchestra. This android has been developed by Hiroshi Ishiguro(professor in Osaka University) and improved the degree of freedom in motion like human by Takashi Ikegami(professor in Tokyo University).

The music has three parts, each part is composed of a collage of text in each works by Michel Houellebecq, Yukio Mishima and William Burroughs. This texts is selected as imaging a weird scene after all mankind become extinct. Android in asexual condition sings in a synthetic voice with a 10 peace traditional chamber orchestra.

When seeing scenes from a motion like human to a motion cannot human do with a weird voice cannot human utter by android, what is on our mind? There are coexistence of some elements beyond our image and contrast, audience will gain a new feeling between scary and beauty.

The motion on “Skelton” is not programed in advance, it is generated by orchestra performance in real time. This generating system adopt “Spiking neural network” composed of a model copying neuron systems in human brain. An output of this network is expressed as android’s behavior, it has many patterns from kind of periodic to chaotic, it depends on a performance by human orchestra. It is world’s first performance with android and human.

In stage production, Takayuki Fujimoto produces stage lighting and Tomohito Wakui produces projected image. There is a large two plane screen behind the stage, projected a live broadcasting on the stage and edited video in advance, with lighting by full use of LED.

And furthermore, at third and forth October, “THE END” will be performed in this festival. Their performances and themselves play as a main act and main artist in the festival.

(OzAsia festival is an annual festival for cultural exchange with Australia and Asia. it is held for 3 weeks, you can enjoy movie, dance and exhibition.)